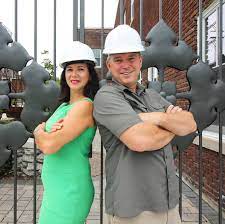 Jeff Neal, the Chief Executive Manager of Neal Group Construction, LLC and his wife, Carolina, are pioneers in the revitalization of downtown, Joplin, Missouri. They received the first City of Joplin Façade Grant in 2005. By 2009, they were the general contractor on the largest building project in southwest Missouri. NGC has worked on over 20 historic buildings in Missouri and Kansas. Jeff is an U. S. Air Force Academy graduate and a 13 year veteran. In the Air Force, Jeff was a supply officer and a political science professor at the Academy. He puts his extensive government knowledge to work for his clients. With his aid, those clients have received over $413,000 in Community Development Block Grant funds, nearly $1.7 million in Brownfield Environmental Tax Credits, $2.7 million in State Historic Tax Credits, and over $2 million in Federal Tax Credits for their projects. During his time in the Air Force and later as foreign contractor, Jeff worked on buildings in 5 countries, the largest of which was the $100+ million Four Seasons Resort Costa Rica.

Carolina Neal, Master in Global Affairs, is the Manager in charge of the administrative work of Neal Group Construction, LLC. She is a Costarican lawyer with experience in the academic, private and public sectors. She was part of a technical team resposible for writing and implementing the General Concessions Law in Costa Rica, as well as facilitating the start of the " San Jose-Caldera" project. This was the first concession project granted by the Costa Rican Goverment in 2008 with a total value of US $ 265,860,060.00.

Jeff and Carolina Neal returned to Joplin in 2004 to begin the restoration of the Columbian Building at 418-420 S Main Street, Joplin. Since that time, Neal Group Construction, LLC has grown into one of the region’s most experienced historic renovation companies.

Carolina and Jeff Neal of Neal Group Construction, LLC started their preservation journey in 2004 with the purchase of the Columbian Block, which was also the first recipient of a City of Joplin Façade Grant. Their transformation of the vacant three-story building later earned them multiple awards, including a Missouri Preservation Legacy Award. The Neal’s were also contractors for the Inter State Grocer Building Rehabilitation, a five-story, 120,000 square foot concrete/masonry shell turned Class A office and retail space. Following the devastating Joplin tornado in 2011, Neal Group Construction directed the rehabilitation of a 100 year old warehouse building into a new elementary school for St. Mary’s parish. The project took only eight weeks. Their most current project features the sustainable retrofitting of over 60,000 square feet of National Register buildings with clean solar energy, rainwater irrigation systems for the patio area, and energy efficient operating systems. Aside from rehabilitation work, the Neal’s are also strong advocates for historic preservation both in Joplin and across the state of Missouri.

The Jeff & Carolina Neal award is granted to people who have made significant developments to historic preservation in Joplin Missouri by way of developing and restoring/revitalizing buildings and properties within Joplin's commercial corridors.

Neal Group Construction is dedicated to preserving our past, promoting our future, and conserving our environment.